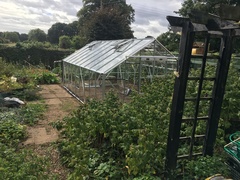 Two into One does go!

We were called to a customer who had two old smallish greenhouses that were not really practical for their needs. What they really wanted was a big greenhouse to maximise the space they had available.

These were the two greenhouses originally on site. They were a Crittal 8' wide x 6' long and an older Eden 8' x 8' which were both in reasonable condition. The biggest problem was the location of them, they faced each other and the space between them was effectively wasted. There was a concrete pad in the middle of the Crittall and a full pad which the Eden sat on. The greenhouses were a little tired and renovating them, although not difficult, would not have given the customer what they really wanted. 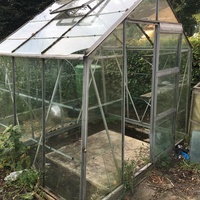 We removed the greenhouses in early September and in the following few days a local builder came along and removed the concrete pads and levelled the earth for us ready to start constructing the new greenhouse.

The customer had already decided on the size of greenhouse they wanted to buy and it was just a case of deciding which model and specification suited them the best. It did not take long to decide which one was the obvious choice. Elite's greenhouses all are made to the highest standards and the 10' wide Supreme ticked every box and more.

We built this superb Elite Supreme, 10' wide x 18' long which has filled the space to perfection. We built directly onto the soil which saved a substantial amount over the cost of laying pavers correctly. The customer specified double doors at both ends which was sensible given the length of the greenhouse and how they intended to work in it. Toughened glass was used which will save on cleaning as there are no overlaps to trap moisture, algae and eventually moss. It will also be very difficult to break, we rarely have to replace toughened glass, it is a wise investment. Overall a very sucessful project and yet more very happy Elloughton Greenhouses customers. 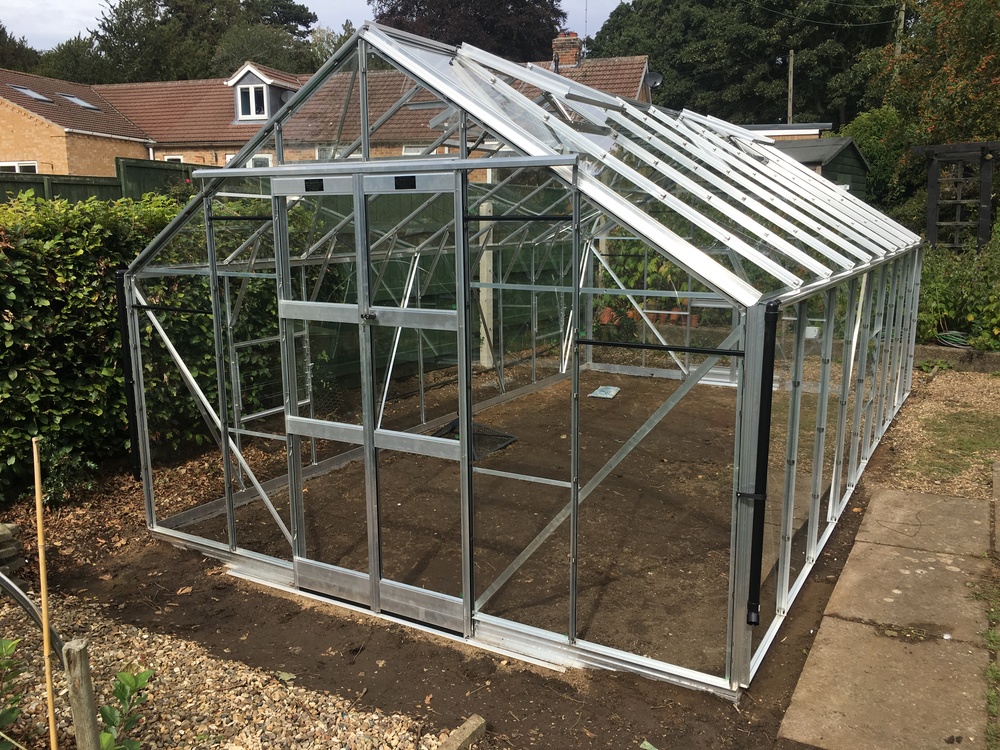